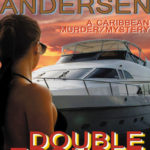 Jack Elliott, a divorced, ex-stock broker has sold his landside accommodations and now lives full time on his seventy foot motor yacht. Accompanied by his fiancée, Shannon, a new adventure unfolds before them with their exploration of the island of Tortola in the British Virgin Islands in the Caribbean.
Unfortunately, tragedy strikes both them and their best friends, Sean and Katie, prior to the start of the voyage and the timetable is thrown out the window. This gives their arch enemy more time to prepare his insidious trap for the unsuspecting couple. For Jack’s interference in his scheme to hijack the Nazi gold from the Senator, Horst has planned a diabolical revenge on the couple.
What he seeks and is planning to extract from the people who caused his downfall affects not only the people directly involved, but quite a few innocent bystanders as well as the local police force and air/sea rescue units.
Jack, for his part, wants nothing more than to see Horst in an early grave, or at least, prison for the rest of his life for his crimes. For his transgressions against Shannon, Jack swears to find and punish Horst, wherever he may turn up.
Now, the only question is: Who will win and who will die?

‘Double Trouble’ is available from Amazon.com for the printed version and from Kindle.com for the e-book. For those who desire a signed copy of this book, or those who wish to purchase film or TV rights, you may contact me at johntheviking3@gmail.com